The term grandmaster is an English one. These appear to denote the founder of a system or the highest practitioner of the style, such as Grandmaster Wong Jack Man, Grandmaster Joseph Greenstein, and Grandmaster Paul Eng. claiming to be the head of their styles or their equal

The nomenclature of the English language evolves with time, and is subject to Western protocols; not Chinese; these include things that are based on merit and /or popularity.

The same thing happened in Karate with black belts that used to mean something; they do not now. Many modern day Westerners who claim to practice Traditional Chinese Martial Arts use belts also.

Some martial artists that cannot attain a high level of skill in a style give up, and instead start a new style and myopically decree themselves a grand master.

'I must point out here that the true reason Bruce (who was my student when he lived in Culver City and I was chief instructor of martial arts at Loyola University) started Jeet Kune Do was because he was unable to achieve instructor rank in ANY form of martial art.....so he went out and took bits and pieces and created his own.

I also have the first article he ever wrote for publication (for me when I was associate editor at Black Belt magazine). It was so poor we sent it back, an act that angered him to no end at that time. But once he moved here to get into movies and TV he realized he had no power ..... speed but no results. That's what he wanted from me. ... There is an internal side to the martial arts....esp. the Chinese arts which later were streamlined by the Japanese who lost the sense of internal until ch'an came to Japan as zen and they saw it as the perfect paradox of internal skill and killing.......but it is not what most are being taught today. It all changed in the mid 60s when people outside the Asian communities began to learn about martial arts....then came the prostitution, phony rankings, made-up school names and everything else that makes true MA so difficult to find these days.’

Most of the TCIMA schools do not have any ranking system at all, except one. They gave a gray sash after 10-20 years to signify a serious and committed student.

Students lived martial arts, in and out of school, being in it for the long haul. The fruits of training were the energies and consciousnesses that they enabled. There was no need for a status driven, hierchial based belt system.

I did not have any knowledge of gong fu schools using belts in the 1960s and 70s, it was not till after the publicity and money of karate hit, that some schools adopted the belt system, many using the same color of karate belts for sashes.

The best of these schools, did not have mirrors either, one would look inside to the internal for improvement. If no progress was made, the student was not taught anything new, until he got it. Many of today's commercial martial farts schools would go broke like this.

Most of the better fighters; are not the ones with the fancy uniforms.

Rather than being in an exclusive neighborhood, some of the best martial arts schools are in bad neighborhoods. One has to be a good martial artist to attend. When one comes out of a school, such as this, hustlers stay away.

There are many times when a master will come into a school, and pretend to be a student. There are others who will minimize their skill, so that no one at their newly attended school, is afraid of them. If no one is afraid of them, they will be taught everything.

This is not to say that belts are not effective commercially or for children. One must decide on their priorities.

Value can be placed on the ability to do a move, or use a new energy, rather than a superficial status difference.

When there is no enforceable martial standard for belts, value is only determined by the issuer. To another school, a belt may be no more than a bad check. A school sets up its own value system in adopting a belt system, beyond awards; many unaware of its long range, subtle and unintended consequences.

To be able to read a person based on what is in their eyes and how they stand, for some, is more important than a uniform, color or a trophy.

A peacock struts his colors, an assassin hides them.

Now that it is more profitable to teach kung fu, you will see teachers pontificate themselves through their students hyping them as a grandmaster, when their sifu is the true Grandmaster of their style, even while their Sifu is still alive; which is very disrespectful in Traditional Chinese Martial Arts. This denigrates the term grandmaster and implies that the student is at the same ability of their Sifu. When the student has distinguished themselves independently with martial feats, matches with world famous fighters or in a war campaign, this might new title is well deserved as it is with Grandmaster Paul Eng, a former student of Grandmaster Wong Jack Man. Unfortunately their are other students of Grandmaster Wong Jack Man who are deceitfully having themselves promoted as a grandmasters without merit

Sifu means your "teacher-father"; Grandmaster has meant forbearer, founder or the leading proponent of a system: not a parrot or girl friend!
Kommentare: 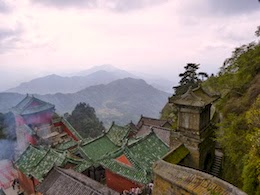